Anything that’s powered by electricity, whether it’s your vacuum cleaner or the high-tension wires that cross your city, produces certain fields that are electrical and magnetic.

Electrical fields are at their highest strength when they’re located close to the electricity source. Their strength is also dependent on the voltage. The magnetic fields associated with them are activated only when the appliance or power-line is in operation.

In industrial settings, magnets and magnetic assemblies are produced by specialist manufacturers. The customer who purchases them has to verify that the magnetic features of the unit are according to specifications.

In both cases, the electrical and magnetic fields have to be tested for performance. The instrument that is used to test magnetic performance is called a magnetometer.

In real terms, the Earth itself is a huge magnet. When we refer to “magnetic field” we’re talking about how magnetic forces are spread out across the areas surrounding and also inside something that has magnetic properties.

Magnetic and electrical fields are closely related and they form the electromagnetic force which is one of the fundamental forces of Nature.

In practical terms, the Earth’s magnetic field provides a base for navigation, protects it from hazardous solar particles and may also have had a crucial role in evolution of life on the planet.

Just like the Earth, atoms present in it also have magnetic poles. However, these atoms may not always be aligned and that’s why they may not behave magnetically. One of the things that helps to align the poles in an atom is electricity.

We use various equipment and tools that work on the basis of this principle. For instance, electromagnetic forces help us to use appliances and equipment that range from simple doorbells to giant cranes that can lift trucks and cars.

They are also used in locating objects under the ocean, and in identifying hazards while boring tunnels, and in mines. They can be used to locate toxic wastes, mines and un-exploded ordnance.

That’s the reason why measuring magnetic fields is vital. This ensures that equipment, tools, appliances and other devices work at their peak specified performance.

The earliest and simplest device that “measured” magnetic fields was the compass. It merely measures the direction of the magnetic field. In the 19th century, a German mathematician and physicist, Carl Gauss invented an instrument to calculate absolute values for the Earth’s magnetic field. The unit of magnetic flux density, gauss, was named after him.

Two other British inventors developed magnetographs that recorded the Earth’s magnetic movements through the use of photographs.

Magnetometers can be of different types: survey or laboratory.

Difference Between Magnetometer, Gaussmeter, and Teslameter

The term “magnetometer” is a broad-based and more generic one. Many more advanced technologies have evolved since it was first invented in the 19th century.

These included the development of instruments such as the Gaussmeter and Teslameter. Magnetic field strength is measured in units of gauss or tesla. Gauss is the older unit of measurement in the CGS (centimeter gram second) system, while tesla is a more preferred modern term based on the SI (Systeme Internationale) convention. The tesla unit is relatively larger.

The best way to explain the difference between the two units is in the field of medical electronics equipment such as the MRI scanner. In this instance, the tesla unit can be more effectively used to measure and define the strength of the main magnetic field that exists for example, in the center of an MRI scanner. On the other hand, gauss units are more effectively used to describe smaller magnetic fields. These smaller fields may exist in radiofrequency coils, and gradients or fringe fields that occur some distance away from an MRI scanner.

It’s important to know that all magnetometers, Gaussmeters and Teslameters essentially measure magnetic fields. They can be classified according to their utility and function. They may be stationary, portable, mobile, laboratory, survey or part of a network in a fixed based station.

The difference is that special instruments such as Gaussmeters and Teslameters are used to measure very high magnetic fields. These have special sensors known as Hall sensors and NMR sensors.

Gaussmeters can work on the Hall effect or the NMR. The Hall effect can measure fields in either one or more (maximum of 3) directions of the Earth’s magnetic field. The NMR unit (nuclear magnetic resonance) is used to measure the field amplitude with no impact of orientation.

A Gaussmeter is used by field and production engineers who are contracted to undertake MRI installations and deployment. These instruments can also be used by electronics engineers involved in quality control, and also researchers in physics and biology when their study involves the use of magnets and electromagnets.

Teslameters are used to measure the strength of magnetic fields using the tesla unit. It can also measure residual magnetism on ferromagnetic and non-ferromagnetic materials. They are named after the tesla magnetic induction unit in the ISU (International System of Units).  These instruments can be used in the automotive industry, industrial production and other areas such as mechanical engineering. They are also useful in measuring pole gaps in electromagnets, solenoid system channels and the magnetic inductance in permanent magnets and magnet systems in labs, shops, etc. The tesla unit defines a very strong magnetic field, and the field can be expressed more finely in microtesla units.

There are two types of geometries available in both types of meters. These include sensors and probes.

Both Gaussmeters and Teslameters can measure the magnetic field strength at any given point in space, small areas and gaps. They can both perform swift, individual, static measurements in both AC and DC fields. They can also create very high-resolution magnetic field mapping.

Some models of Gaussmeter can also display results in tesla units. 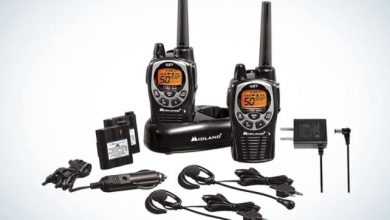 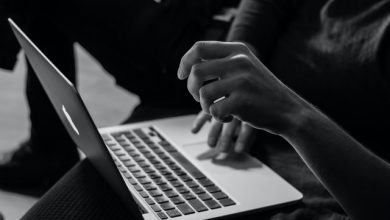 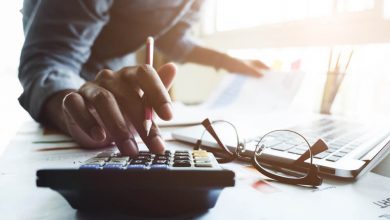