There are a lot of iOS users affected by lots of system issues like being stuck on Apple logo during the update and restore process. Some have even reported that it is happening at some point.

Additionally, other users experience freezes, crashes, black screen, loops on startup, gets stuck in recovery mode, and more. All of these issues can be reported to the malfunctioning iOS system, your anti-virus or even the hardware components of the iPhone.

I think you’ll agree with me when I say: It’s REALLY hard to fix “when my iPhone stuck on the Apple logo“.

In today’s post, we are going to discuss all the things we need to know about iPhone getting stuck on Apple logo, what are the causes and how can we fix it as well as others. advice on how to handle such incidents in the future.

As there is no one exact solution for all scenarios, here are the solutions that we believe really help to fix iPhone stuck on the Apple logo. Find out which one works for you.

There can be many potential reasons why iPhones get stuck on the Start screen. Understanding the root cause of this problem will go a long way in helping you resolve many other iOS issues in the future.

iPhone stuck on Apple logo can be caused by a number of reasons or it can be one of the following:

With the reasons given above, it is better to diagnose the problem before complicating things.

Do not panic! Evaluate everything you have done on the iPhone which may have affected the restart. Much like humans, mobile devices, especially iPhones, go through a routine with every boot, from the processor to its hardware.

When something is wrong inside the iPhone, it will definitely show signs and one of them will get stuck on the Apple logo. However, unlike humans, iPhones can’t talk and can’t tell you what’s wrong and what to do.

This is where you need to start. When the software is not working fully, it will affect many other parts of the system and you will need to act quickly to fix it before it is too late.

The good thing is that getting stuck on the Start screen is one of the most common and easiest problems on iPhones, so there are plenty of ways to fix it.

We have compiled and tested the 3 Easiest Methods to Fix iPhone Stuck on Apple Logo Issues. Remember, you can try all of the above steps if needed, but not all of the methods we show work for everyone, but all of these methods are worth trying.

The easiest and fastest way to fix iPhone stuck on the Apple logo is to force restart. A forced restart does not harm the device; it only allows the phone to refresh quickly by forcing it. 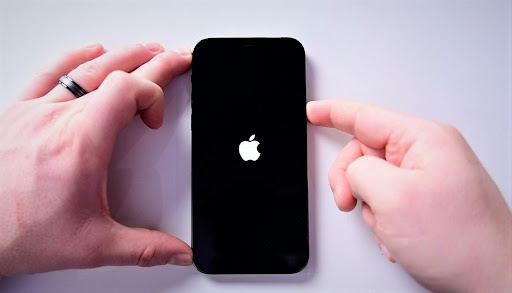 This does not cause any loss of data. A force restart can also come in handy if your iPhone freezes or crashes. The steps to force restart on an iPhone differ on each model, see below:

Press and release the Volume Up button.

Press and release the Volume Down button.

Then, hold down the side button until the recovery mode screen appears.

Simultaneously press and hold the Side and Volume Down buttons.

For iPhone 6S and earlier, iPad and iPod Touch

Simultaneously press and hold the home and top (or side) buttons (power button).

When the device restarts normally, you have fixed the Apple logo issue, but if not, consider taking the next step below.

If force restarting your iPhone does not fix iPhone with Apple logo, you can consider putting the device in DFU mode to fix the issue.

DFU or ‘Device Firmware Update’ can be seen as the last possible step to fix an iPhone that gets stuck on its Apple logo. The DFU process puts the iPhone in another state where it allows the restore process without activating the bootloader.

The steps on how to put iPhone into DFU mode can be a bit tricky but easy to perform.

You can enter DFU mode by following the simple steps below:

Turn off the iPhone (refer to your device’s instructions)

Wait for the restore process to complete

The only thing that is quite uncomfortable with this method of iPhone stuck on Apple logo is that it triggers data loss on current apps and data not included in backup.

But then DFU mode will really fix iPhone stuck on Apple logo. 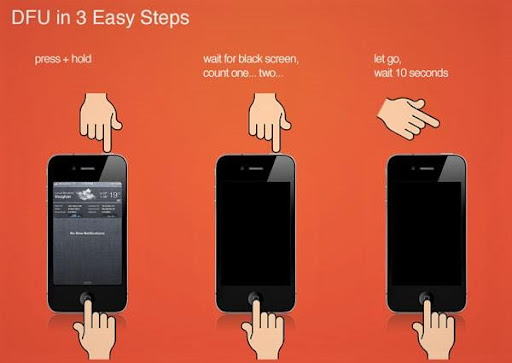 What is VPN? – How it works? Types, Advantages of VPN