This article is going to equip you the necessary knowledge of Android emulators which will help you choose a suitable one. To save you from the trouble of looking for emulators, we also list 7 best Android emulators for Windows PC for your reference. These Android Emulators have different specialties catering for different users. What is Emulation and Emulator?

In case you want to know, emulation is a technique that creates the virtual version of an object. Apart from the similar appearance, the virtual version is able to accomplish the same task of the original object. For example, you miss your deceased friend Ann a lot. Then you create a robot Ann or a program Ann who can think and behave like the original Ann. This robot Ann or program Ann can be regarded as an emulator. It can interact with you like the original one.

What is Android Emulator?

Android emulator is a specific type of emulator. It simulates Android Operation System. As a result, Android emulator can download, install and run Android applications, Android mobile games and any other APKs like the original Android OS. Most Android Emulators exist as a piece of computer software. It means that you can download Android Emulator to your computer and run Android applications or games on PC with the help of the emulator.

Since most Android Emulators exist as computer software, we have to confirm whether they are compatible to the operation system of our PC. Note that the emulators we are going to talk about in this section can work on Windows PC and even some of them are available for Mac.

LDPlayer, ARChon, GameLoop, BlueStacks and AMIDuOS are the best five of them. LDPlayer, a free Android emulator, simulates Android Lollipop and Nougat on your PC. LDPlayer can run almost every Android games and apps in a rather high performance. It provides full support for mobile gamers and app users, including customized keyboard＆mouse controls or gamepad control, multiplayers, synchronizers and other tools. Although it comes with so many tools, LDPlayer is surprisingly light-weighted.

If you have an average PC and want an emulator that can run stably and give you full support of gaming and apps. LDPlayer is your best choice. If you haven’t known or tried this emulator yet, you can download LDPlayer on www.ldplayer.net

ARChon is the first Android emulator which works on Google’s Chrome browser. Instead of downloading a piece of software to your PC, what you need to do is add an extension to your Chrome then you can run Android games and applications with Chrome. But it only supports light-weighted games and applications. It could be difficult for ARChon to run heavy games like PUBG mobile.

If you are only into light-weighted games and apps, then ARChon is your choice.

GameLoop is born as an officially gaming buddy for PUBG mobile. It has excellent support to PUBG mobile. To be honest, it is customized to play PUBG mobile. But it can run other Android mobile games too. It supports keyboard and mouse control. GameLoop is a new star in the field, we still need time to see how it goes.

Anyway, if you are into PUBG mobile, GameLoop is a must.

BlueStacks is one of the oldest emulators in the market. It supports keyboard and mouse control and gamepad too. It boasts of its fast speed although the fast speed comes with expense. BlueStacks is heavier than other emulators, which means you need a good computer to support it.

If the configuration of your computer is pretty good, BlueStacks would be your good choice. 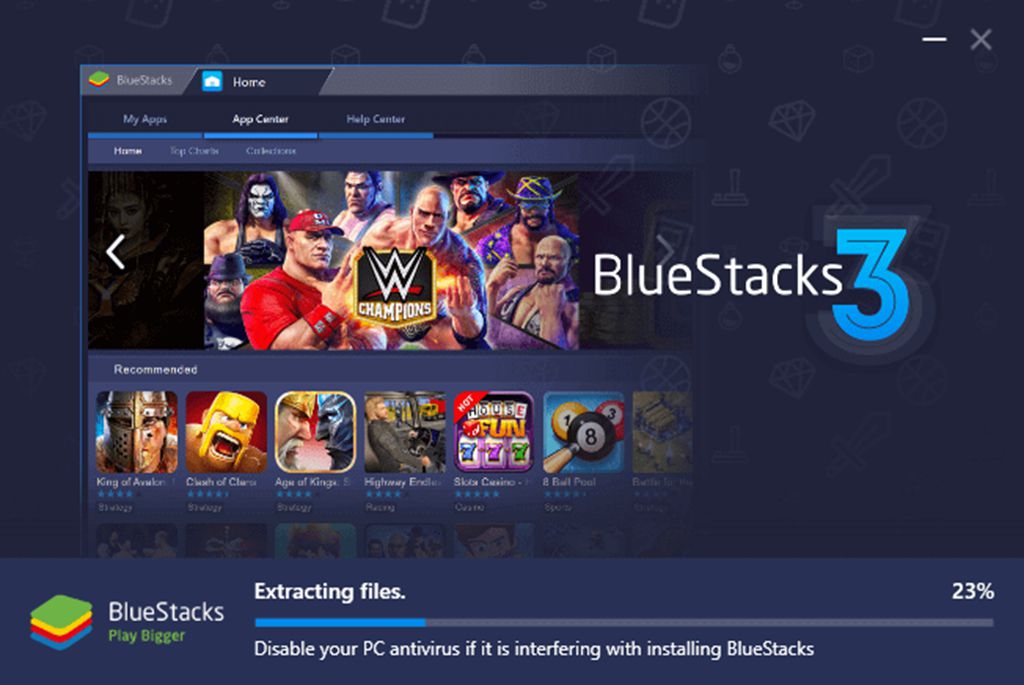 AMIDuOS provides the most resemblance experience of Android OS. In fact, if you run AMIDuOS in full screen — especially on a touch-screen Windows PC — it feels like you’ve actually turned your PC into an Android tablet, complete with the satisfying touch sounds when you tap anything or type on the on-screen keyboard. It supports almost every Android games and apps. There is a free 30-day trial version available. $10 for a lifetime license.

If you do not care about the charge, AMIDuOS is a best choice. 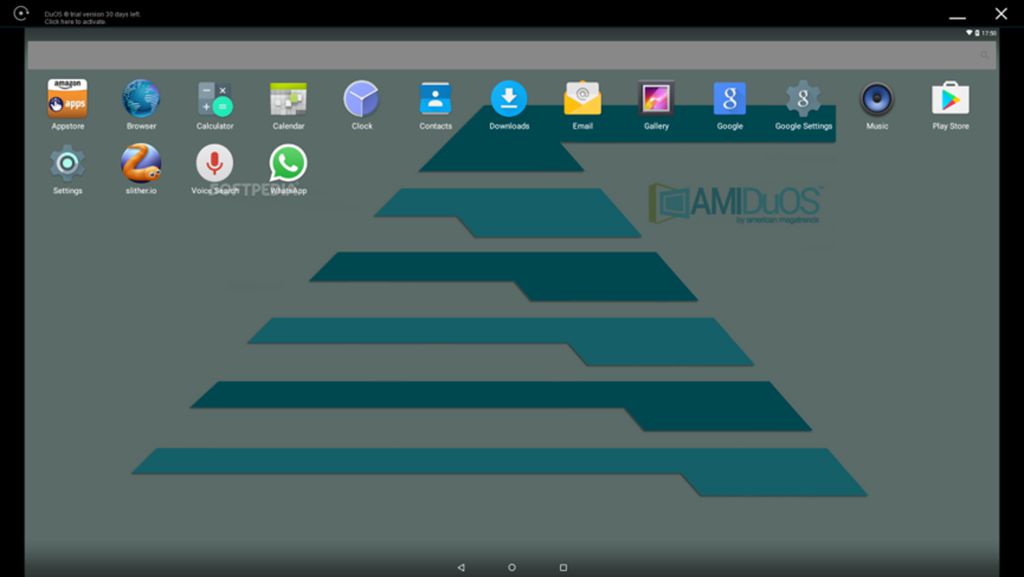 Genymotion and Android Studio are the best two of them.

Genymotion is free with paid emulator. It is designed for developers. It allows you to test your apps on many devices without owning them, You can configure the emulator for many devices with various versions of Android to help suit your needs, you can run a Samsung with Android 4.2 or a Hauwei with Android 6.0.

Android Studio is the default development console for Android. It comes with a bunch of tools to help developers make apps and games specifically for Android. As it turns out, there is also a built-in emulator that you can use to test out your app or game.

If you need some extra tools for the test of Android apps or games, Android Studio would be good. Every emulator has its own merits and demerits. It is impossible to find the perfect emulator. What matters is that you get the emulator which best satisfies your need. Genymotion would be good for developers. GameLoop would work well for PUBG mobile gamers. If you want one with stable and high performance, you can go with LDPlayer. The Unlimited Fantasy MMORPG Dragon Raja is upcoming. It is a good time to get a gaming Android emulator installed and play Free Fire on PC with it.

How To Trade Your Used Car For Cash